With a mother from Donegal and a father from Longford, becoming an Irish dancer was most likely in the cards for Maureen Berry.

“Instead of studying ballet like many other young, “normal” American children, I took up Irish dance,” says Berry, 43, who now co-owns both a school of dance and a performance company in Baltimore, Maryland. “Back then, the genre was not nearly as popular as it is today.”

Berry began dancing at age nine, long before the Irish super-spectacle Riverdance sparked renewed interest in Irish dancing around the world. Along with her sister, Kathleen, she operates the Teelin School of Irish Dance. Another sister, Eileen, coordinates events for the school and its performance company.

“When I was 16 I made a bet with a friend that she couldn’t do my style of dance, and she bet that I couldn’t do her style, which was ballet, tap, jazz and contemporary,” she recalls. “Because of that bet, I ended up getting accepted into a performing arts high school in my junior year.

“Although I wasn’t really that knowledgeable about other styles of dance, Sheila Buttermore (the director of performing arts at the Bridgewater, New Jersey high school) took a chance on me based on what she saw as potential and passion and took me into the program.”

As children, and later as teenagers, Berry and her sisters attended the Peter Smith School of Irish Dance in New Jersey, and she credits him with being a great influence. 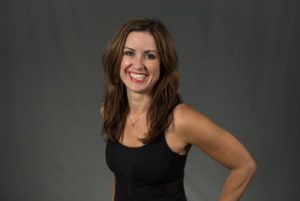 “And if it wasn’t for Allison and Jennifer Nagle from that school giving a select few of us secret private lessons, I would not have qualified for the Irish Dance World Championships so many times in the years afterwards.”

Berry feels that her experience with Irish and other forms of dance – including clogging, African boot dancing and body percussion – has given her a well-rounded education in the art of dance.

“Over time, I have mastered many styles. My personal style is athletic, yet graceful. I am known for lift and speed. You can tell that I absolutely love dance by my performance quality alone.”

Berry opened her school in 1997 after graduating in dance performance from Towson University.

“I started touring that year with Footworks Percussive Dance Ensemble, and because I needed to support myself I taught dance and waited tables at various restaurants. In time, I ended up being just as passionate about teaching as I am about performing.”

Tickets are already sold out for her company’s Celtic Storm show this coming March.

“It is a high energy show which blends tradition and innovation.”

Berry credits “an amazing team” at the Teelin Irish Dance Company with allowing her to perform, while also choreographing most of the numbers and directing the show. She has been staging such shows for 14 years and has been recognized by the Maryland State Arts Council for her choreography.

While she is delighted with the rise in popularity of Irish dance, Berry admits that she is concerned about another trend.

“I feel the costumes and the wigs have made Irish dance unaffordable. I would love to go back to a style of dress that does not cost thousands of dollars and for the dancers to wear their hair naturally.”

Last fall, Berry and her sister Kathleen organized the Teelin No Fancy Stuff Feis, inviting dancers to come in simple dress, leaving their bows and baubles at home. The goal was to focus exclusively on dancing.

“When it comes down to it, dancers dance because they love the dancing.”

“When a dancer’s passion shines bright on stage, it shines so much brighter than any fancy, blinged-out costume ever could. At the Teelin Feis we ask dancers to dress in simple outfits – not dance costumes – and to let their hearts and smiles dominate the stage.”

The energy of Irish dance, she adds, is infectious.

“One of our favourite parts of any performance is what we see after the event; all the little kids in the audience tapping their feet and jumping up and down.”