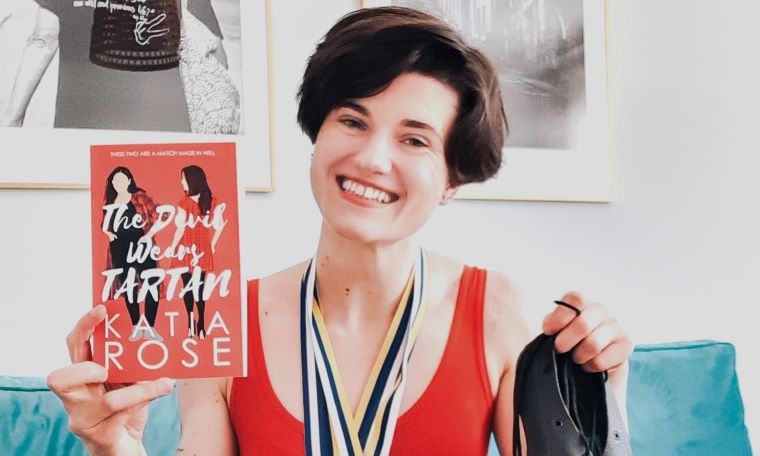 Canadian author Katia Rose (her pen name) was introduced to the romance genre in an unconventional way. Rose – who grew up in Gatineau, QC and now lives in Ottawa, ON – spent much of her early 20s travelling abroad. Unfortunately, her backpacking trip to Cambodia in 2016 came with a side of food poisoning.

“I was shut up in this hotel room – there were no windows,” recalls Rose. “In the midst of lying-in bed waiting to recover, I decided to read a romance novel.”

In an effort to lighten her mood, she searched her Kindle for options. She was surprised to find how much independently published work was available and dove in. Prior to that, Rose says, she’d never been interested in the genre. “I think I shared a lot of people’s stereotypical views: they are kind of silly or not valid as literature.”

Once she started reading romance novels, however, she couldn’t stop. “At some point a few months into reading, I decided I would like to write these books as well.”

She had always been interested in creative writing but had never tried penning a novel before. Her first effort, Latte Girl, was “far from the best,” she admits, laughing. “I’m still very proud of it, but it was my first time.”

Since then, Rose has independently published more than a dozen other books. She spent a few years working part-time jobs while writing, and recently transitioned to writing full-time. “The biggest challenge was just to keep going.”

She didn’t get her “big break” until the release of her 11th book, Catch and Cradle. The novel tells the story of a relationship blooming between two athletes on a women’s lacrosse team, and it was Rose’s first book to focus on romance between two characters of the same gender. 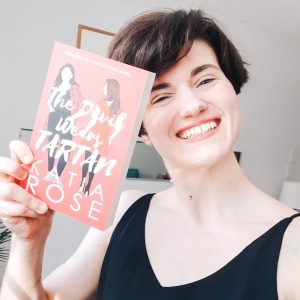 “I am bisexual, personally, and when I was coming out in my late teens and early 20s, there wasn’t a lot of queer media aimed at that age group.”

She saw LGBTQ+ books and shows for younger teens and older adults, but very little in-between. Through Catch and Cradle, she tapped into that underserved market with her younger self in mind.

Her more recent queer romance, The Devil Wears Tartan, targets that demographic as well. Inspired by her own history with Highland dance, Rose saw the opportunity for a story of rivals-turned-lovers.

“I always wanted to write a book set in the Highland dance community. It was a big part of my life growing up. Being able to share that, to bring it to more people, and to show what is was like to grow up in that community was really special,” she adds, noting that she danced from age 11 up until she graduated from high school.

The Devil Wears Tartan follows Moira and Kenzie, two former Highland dance champions who have since started college and become dance coaches. “Their childhood rivalry, they discover, is still going strong when they reconnect as adults,” explains Rose.

The women soon learn that their local Highland dance association is offering a hefty scholarship, and they both have their own reasons for wanting to win the money. “The end up taking to the stage again and battling it out for this scholarship during the Highland dance competition season. Through getting thrown into the same situations throughout the season, they find their feelings are starting to shift into something a little new.”

Only recently released, The Devil Wears Tartan has already enjoyed positive feedback from readers both familiar and unfamiliar with the world of Highland dance. “I was so surprised. I had numerous people who told me, ‘I was a queer Highland dancer – I can’t believe this book exists.’” says Rose. “One of my long-time readers posted (on social media) some photos of their Highland dance years to go along with their post about the book, which was so fun to see. People see themselves reflected in this very niche topic, in this book. That’s been really special.”

Additionally, some of Rose’s other readers have a newfound appreciation for Highland dance after reading the novel. Although she generally tries to avoid reading reviews, she came across one that brought her joy: “Someone said something along the lines of, ‘This was so good, it made me look up Highland dance on YouTube.’”