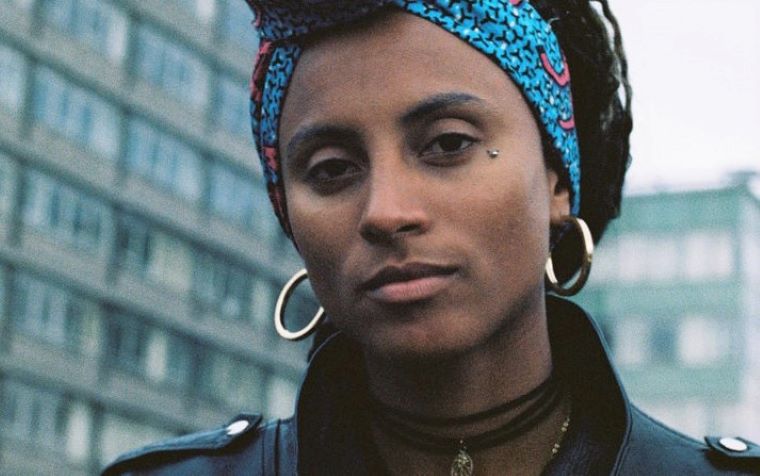 “I have played music for as long as I have a memory,” shares Loah, an Irish-Sierra Leonean singer-songwriter, from her home in Dublin. “My parents sent me to violin and fiddle lessons as a little girl. I joined an orchestra as a youngster and later, by the age of twelve, I started piano and singing in choirs. Solo singing and songwriting came much later.”

As an adult, Loah (born Sallay-Matu Garnett) pursued a career as a pharmacist and worked in the field for several years. And while the work was steady and reliable, the twentysomething quickly knew it wasn’t for her.

“The choice to ‘go professional’ with music came from realizing that it was what I felt most drawn to of all the activities in my life, despite my pharmaceutical training. The biggest difference has been realizing that to work as an artist professionally it has to change from a hobby, or something you do in your spare time, to taking up the bulk of your days. It requires the discipline to keep at it even when you might not be in the mood. I have also had to acquire serious business acumen, something that is an ongoing challenge. All of that while constantly striving to hold my work to a higher standard than previously.”

Today, the songstress describes her sound, quite aptly, as “Artsoul.”

“It is soul music that draws on an array of influences, including rock, folk, Western African and classical. When you get down to it though, it is a blend of soul and folk songwriting styles and singing.”

She admits that her calling has not been without its challenges.

“Treating yourself and your own work as a business product can be really hard sometimes, because it is difficult to find the required emotional distance in order to do that. Not knowing what is around the corner is also challenging. Things can be very up and down.”

Still, she believes the vocation reaps many rewards.

“I was very down when I wasn’t writing regularly. The kinds of adventures – both internally and externally – that this job has taken me on, plus the people I have met and created with during the process, have been quite amazing.”

In June 0f 2017, Loah released her debut EP, This Heart. The six-song offering included a selection of the artist’s most popular singles, such as Nothing, as well as the title track. More recently, she teamed up with Cork-born producer Bantum (Ruairi Lynch) on a myriad of musical projects and collaborations.

“Summer of Love is our most recent single,” she explains. “We have been emailing ideas back and forth and meeting up occasionally for the last two years while we worked on a bunch of songs together. I also got my sister – an artist named Fehdah, who is an incredible producer and songwriter herself – to record and produce my vocals. We included other great producers and players who are based in Dublin to make a few adjustments and additions. It has been a winding road, but we are very happy with the fruits of our labour, which we will be releasing steadily over the next year. People seem to respond well to Bantum and me as a duo, and we bring out the best in each other.

“My favorite track with Bantum has to be April Brave,” she adds. “It is the first one that we wrote together. It took forever to do and get right. I recorded vocals in five different studios. But there was an eureka moment when it was finally done, and Ellius Grace put together a gorgeous music video for it. It really sets the tone for everything that comes after.”

Although she still has a lot of work to complete on her collaborations with Bantum, Loah’s priority over the upcoming months is to get back in touch with her soul, via her songwriting.

“There is a great quote from Louis Pasteur that I like; ‘Chance favours the prepared mind.’ That definitely applies to songwriting for me. The more I am physically present at the guitar, piano or laptop, the more likely I am to receive inspiration, and the better I am at actually getting it down on the page when it does strike.