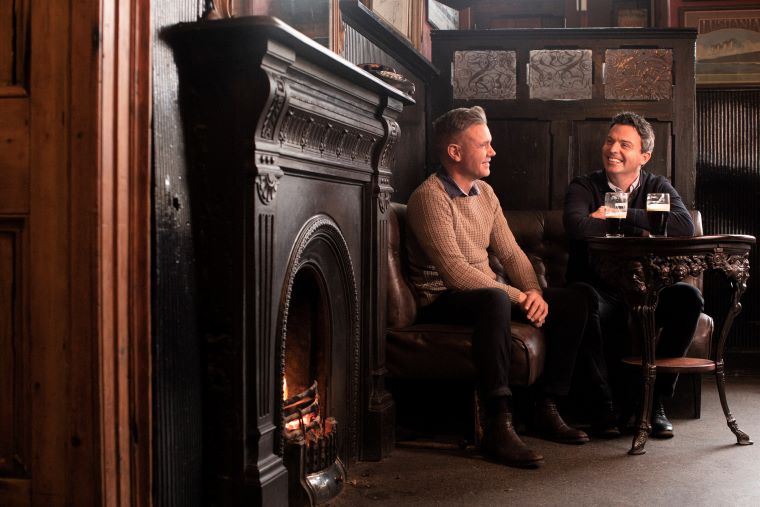 Neil Byrne and Ryan Kelly are no strangers to Celtic Life International readers; the dynamic musical duo has graced the pages of our publication several times in recent years. Recently, we spoke with the lads on the heels of their latest release, The Ballads Collection.

It has been awhile since the last recording…why the break, and what were you up to?
We recorded our last studio album, Echoes in 2016 but did release a concert album – Live in Kansas City just last year and I guess that sort of explains what we have been doing in between – playing live! We have been touring considerably in the past few years in North America and Australia, whilst at the same time getting back to writing new and original material which we are excited about debuting this time on tour and then releasing on a new album in the near future. ~ Ryan

How have you evolved as songwriters since Echoes?
The writing of Echoes, without doubt, brought us closer to our roots. It gave us a deeper interest in all that surrounds us in our homeland of Ireland. It is a very exciting process to discover stories and facts, whether it consist of folklore, historic figures, places or ghosts of the past. We then take the subject that means something to us, tell that story in a three-minute song, and colour it with music. It is a beautiful, engaging and challenging exercise! The more we do it the more we learn how to evolve as songwriters. The audience will indirectly tell you how good or bad you are. To write the perfect song is a lifetime search and it is a big part of the drive and passion. ~ Neil 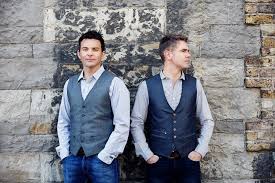 How did you go about choosing the songs for the new album?
Neil and I have had the idea of compiling all our favourite ballads into one album for quite a while now. We find they are usually always the most requested and remarked upon songs at our live gigs. In making a list, we realized that six of our favourites hadn’t made it onto one of our albums yet, so we got back into the studio to make sure they became part of this Ballads Collection. ~ Ryan

What was the recording process like for those songs?
It was done in different stages. The first step was to record a demo version of the song. The second, to play the song live as part of our set list on tour. When performing a new song every night on tour we soon discover what is working best and what isn’t working within the arrangement. By the end of a two month tour the song has taken a nice, tight shape. And, yet again, the audience reaction is the perfect kind of close scrutiny that we need. ~ Neil

Do you have a favourite track?
Actually, one of the tracks on the album that we had not recorded before is probably my favourite; I just love the new arrangement that we have given to Black Is The Colour this time around and can’t wait to get on the road to replicate that sound in our upcoming live shows. ~ Ryan

What has the response been like so far from those who have heard it?
Releasing creative music into the world whether it be original or new arrangements of classic Celtic songs comes with a measure of vulnerability. We only hope that people will get out of it as much as we put into it! We were more than relieved, proud, overwhelmed all rolled into one when we received such an incredible reaction from our fans, and it has given us a lot of confidence in what we do. ~ Neil