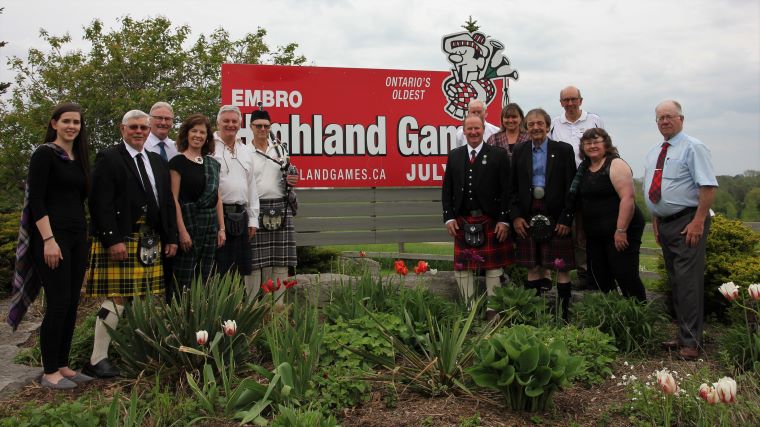 On July 1, thousands of Celts from all over the world will gather about two hours west of Toronto for the annual Embro Highland Games. Recently we spoke with the event’s past-president Helen Dowd about what attendees can expect to experience.

When and why did you get involved with the Embro Highland Games?
The Embro Highland Games is the signature event of the Zorra Caledonian Society which formed in 1937. My Grandfather Ross was president in 1962 and my parents, J. Edgar & Jane McKay, were Dance Secretaries from 1984-1996 – so I am a third-generation member. The Games have been held each year except 1942 (WWII rationing caused the hiatus).  As a youth, I started volunteering by staining bleacher boards pre-Games and then picking up garbage post-Games. At the Games I would be in the dance secretary’s tent helping my parents along with my sister, who herself was a Highland dancer. I was elected the first female president in 2011 and then again in 2017.  I am currently serving as past president. 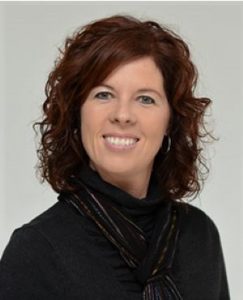 What are your roles and responsibilities there?
I coordinate the entertainment, marketing, work closely with our current president, Gord MacKay and mentor our part-time coordinator, Holly MacDonald.  In 2012 I was put in charge of the 75th anniversary history project (history book and DVD) and the 75th anniversary event, complete with tartan fashion show. We also created our own unique tartan for the Society that year working in collaboration with MacLeod’s Scottish Shop in Stratford, ON. The shades of green represent the fertile, rolling hills of the Zorra Highlands that surround Embro. The black shows the strength and endurance of the Society on the occasion of its 75th year. The white represents honour and purity in its actions. The red is for the blood sacrificed by preceding generations so their descendants could prosper in a free country, Canada.

What are the challenges involved?
Gradually over the past 82 years, Canada Day has become a very popular date to host events in Canada so there is lots of choice for Canadians. In this past decade we have added new Scottish attractions, embraced technology and hired a part-time paid coordinator. Now we have the weather to consider – last year it was 47 degrees Celsius with the humidex – the hottest July 1 in Ottawa since records have been kept. The year before we had a severe, mid-afternoon thunderstorm so the weather now makes hosting outdoor events more challenging!

What are the rewards?
In the past two years we have started to create a social component for our members, so it is all not work. We celebrated National Tartan Day, initiated a golf tournament and brought back the annual president’s summer social. People volunteer because they want to make a difference in their community, however they also need to feel that their efforts are being appreciated and that there is a sense of fun and frivolity once the work is done!

Why is it an important event for the community?
We are the oldest Highland Games in Ontario, but we owe it to our ancestors to continue the preservation of our Scottish traditions. It is one of the largest community events in Oxford County and takes over 100 volunteers to make it happen.

Who traditionally attends the gathering?
We draw from a large area across South Western Ontario, the Golden Triangle, the great Toronto area, and in 2017 we completed guests’ surveys and learned we had visitors from Alberta, Germany, France, Saudi Arabia and Japan. 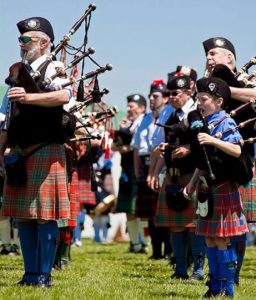 Will you remain involved with the Games in the years ahead?
I joined the Society in 2010 and been heavily involved for this decade. I plan to always be involved with the Embro Highland Games but my second, three-year term on the Board is ending next February so I will not be running for re-election. New people and new ideas are so important so organizations can continue to grow and evolve.

How else are you involved with the Scottish/Celtic community there?
I chair the National Tartan Day event and work behind-the-scenes at an event called “Garden Party for a Cause”  – the local Women’s Institute branches host it annually to raise funds for the Children’s Hospital/ London Health Sciences Centre. We have raised $19,000 since 2017. Since getting married, I do live an hour’s drive away from Embro, but the community provided me ample opportunities growing up and I believe in the importance of giving back.

Is enough being done to preserve and promote Scottish/Celtic culture generally?
I have to say no – I show a slide in my PowerPoint presentation with a pebble being dropped in the water, around it are several rings as the energy moves out in ripples – it represents how “far removed” we are in 2019 from the Scottish traditions here in 2019 – we are about four or five rings (representing generations) out now from the “pebble.” So there is still much work to be done. However, I am proud and honoured to be a part of the solution to bridging those gaps.