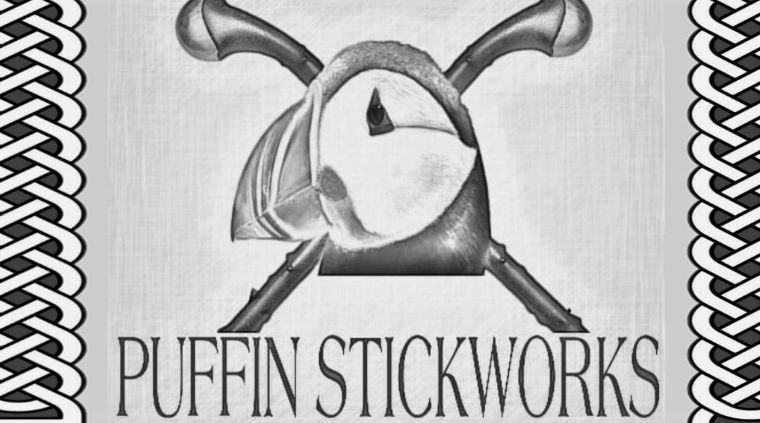 As a youngster, Roger Goeddey brought a different kind of weapon to friendly, neighbourhood playfights.

“I have been a big fan of sticks since I was a kid,” he explains via email. “When everyone else was pretending to sword fight, I was using both ends; it just felt more natural.”

Over time, Goeddey – now 50 and living in central Illinois – took that interest to new levels.

“One day I was searching the Internet, looking up Irish martial arts, and came upon the name Glen Doyle. There was an article about his family’s Irish stick fighting style. Now, I already knew how to bash a man in the head, but I did not know there was a fighting art around what most people saw as mere walking stick. I contacted Glen and he accepted me into his style. He was very informative and put up with my many questions.”

Goeddey has both Scottish and Irish ancestry on his mother’s side, and a little more Irish on his dad’s. In addition, he recently learned that his great grandfather was a cane-and-stick man as well. Thus, his interest in stick fighting both fulfilled a desire to study a martial art and reconnected him with his roots.

“These days, far too may people don’t have a clue about their own family history, what their ancestors accomplished, or how their past struggles might help to overcome problems that you may be facing in the present.

“I can trace some of my family back to the 1600s in Ireland and Scotland. When we came to the States, we fought in the Revolutionary War, the Civil War, and every single conflict since then. I learned from my grandfather, and from our family history, that hard work pays off, to stand up for what is right, to be generally kind, to help those you can, and when an obstruction gets in in your way, no matter what it is, knock it down.” 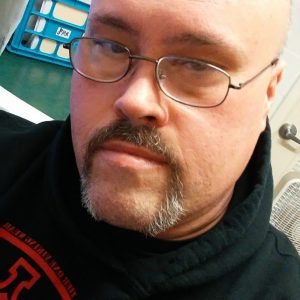 Most recently, Goeddey’s interest in the shillelagh has evolved to the point where he is not just practicing with them, but he is constructing them as well.

“I stumbled into this by complete accident. I was helping my stepbrother clean up a tree that had fallen, and this branch just kind of cried out to me. My friend Alex had always wanted a shillelagh-type cane, so I figured – what the heck – I’ll give it a go.”

A few pictures on Facebook and some rave reviews later, he had more requests for commissions than he could shake a stick at; alas, Puffin Stickworks, his Facebook-based shillelagh shop, was up and running.

“I have helped some people reconnect with their heritage with my sticks and I have helped others with their mobility. The very fact that people want something I make, and then brag about it to others, is, of course, an ego boost. Never did I think that making one stick would ever blossom into this. Bringing a smile to their faces is a big reason why I do what I do.”

In fact, demand is so high, that Goeddey is looking into acquiring shop space and procuring more tools in order to fulfil the many orders; he notes that, at his current capacity, it will take awhile to meet all of the demands.

“I am currently about three to five months out, depending on what someone might want for canes, trainers, or cudgels, and basic walking sticks. I have a hard time saying no, and not for the money, but the enjoyment of the demand itself.”

He hopes that by crafting shillelaghs he is keeping an ancient custom alive.

“In days of old, fighting sticks were given as a right of passage to young men; to me, fighting sticks are an essential part of preserving and promoting tradition – as vital as Gaeilge itself. Using sticks to beat each other is not solely an Irish thing, of course – many cultures employ variations on stick fighting – however, this singular style helps to make up the Irish soul.”

Have you visited Cape Breton?
Total Votes: 78
Polls Archive
×
You or your IP had already vote.