The Life of a Gamekeeper on the Outer Hebrides 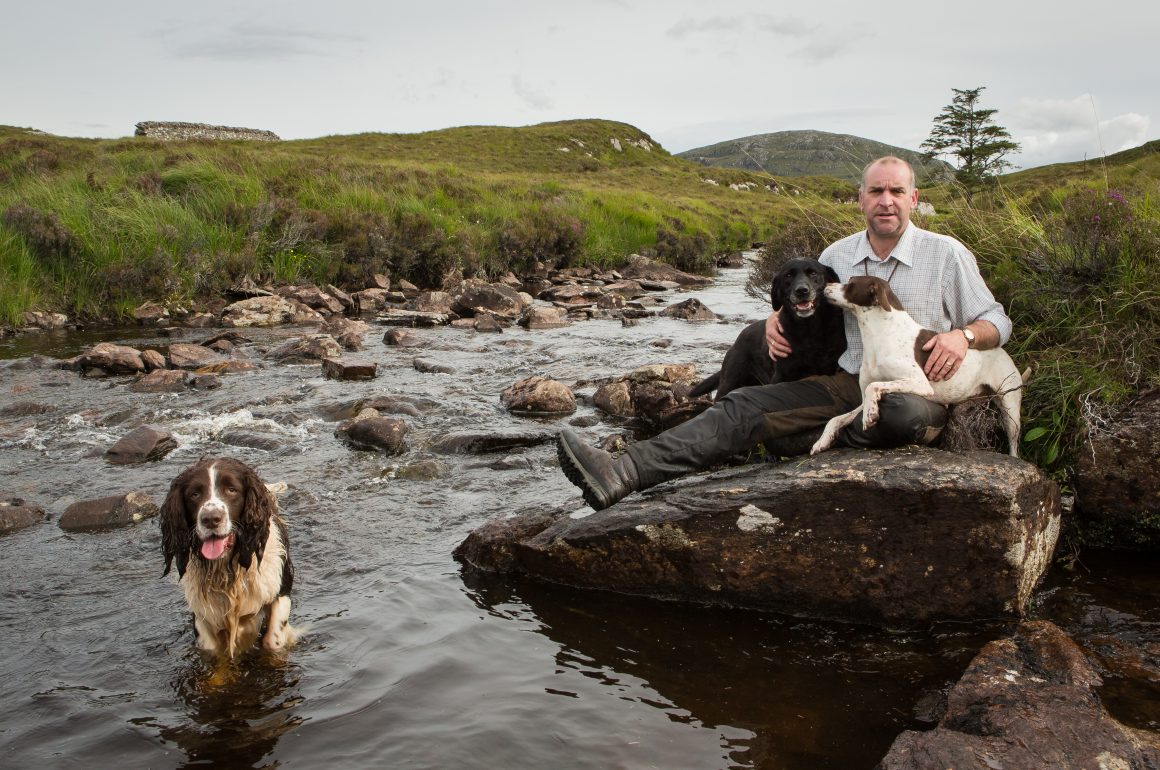 It had been a long drive from southwest Scotland north to Ullapool to catch the evening ferry to Lewis. After a calm crossing and a good night’s sleep in Stornoway, I downed a hearty ‘full Scottish’ breakfast with a generous helping of Stornoway black pudding and haggis. It set me up nicely for the drive across Lewis to Morsgail Estate.  As I travelled, the peat moors around Stornoway gave way to a more undulating landscape, and by the time I crossed the southern end of Loch Rog Beag – linking the Atlantic Ocean with Loch Morsgail via the Morsgail River – Lewis had turned more rugged. I turned off the main road and followed the waterway to Morsgail Lodge that was to be my home for the next week.

The final corner of the single-track road revealed Loch Morsgail, its deceptively calm surface reflecting the azure blue sky and the gentle rise of Scalabhal to the south. Beyond this lay Harris, and further still The Uists. By the edge of the loch where the road petered out, lay Morsgail Lodge. The location was stunning and the head gamekeeper of Morsgail Estate, Malcolm McPhail, met me at the house. We shook hands and exchanged pleasantries. What neither of us knew was that we were both about to step into one of those surreal moments that life occasionally throws at you. For it transpired that this man whom I did not know nor had I ever communicated with, spent the first seventeen years of his life in a house only three doors from where I now live over 350 miles away! He remembered my neighbours, and had even been inside the house that I moved into thirty years ago. Naturally, I was curious to know what had brought him to one of the remotest estates on the Outer Hebrides, and what life was like as a gamekeeper here. During the next week he took a trip down memory lane and, in exchange, I received an education in the art of gamekeeping.

The nearest maternity hospital to the McPhail family home in Annan was in Dumfries, and it was there that he was born in 1968. His father, a farm manager, died when he was three years of age and, by his own admission, the lack of a father figure during his formative years may have given rise to less of an interest in school and more of an interest in outdoor pursuits. His mother had assumed that he would find his vocation in farming, but time spent with farming friends only served to make the young McPhail realize that this was not the career path for him. Instead, he acquired skills at fishing and shooting, and was soon in demand for vermin control on local farms. 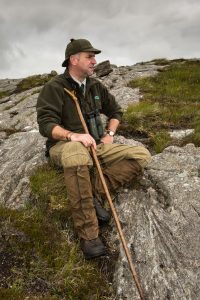 Leaving home at seventeen, he went to work for a season for the Duke of Roxburgh as a trainee gamekeeper at Floors Castle, Kelso, in the Scottish Borders before becoming syndicate pheasant keeper there for a further two years. After, he spent a season as a pony boy on the Mar Lodge Estate at Braemar, before moving on to Eishken Estate on Lewis for a further two years as a stalker and pony boy. Many modern shooting estates use vehicles to bring shot deer off the hills, but McPhail is nostalgic about the days when it was ponies that were used for this work, “Ponies are part of the history of deer stalking. Something of the heritage and culture of the land is lost when we replace them with modern vehicles.”

After Eishken, McPhail took up the post of underkeeper at Aline Estate on the boundary between Lewis and Harris, before assuming the post of head gamekeeper at Garynahine Estate, which he held for fourteen years. It was here that he developed an acute awareness of the important role that gamekeepers can play in wildlife conservation. During the 1970s, some Highland estates were less well managed than they are today and the importance of conservation was not always paramount in their thinking. Poaching was rife, and the illegal netting of salmon in migratory rivers – accompanied by the indiscriminate shooting of deer – took its toll. Fish numbers plummeted, salmon and sea trout catches dropped, deer numbers fell and the quality of the stock was diminished.

All this affected the tourism and local food export businesses that fuel the Hebridean economy. McPhail was quick to understand that good gamekeeping is about a balance between economics and conservation. By the time he took up the position of head gamekeeper at Morsgail Estate in 2007 his contribution to gamekeeping on the islands had not gone unnoticed. In his book Morsgail: the History of a Lewis Sporting Estate, the respected gamekeeping and sporting estates author David S.D. Jones noted that McPhail was “Probably the most experienced keeper on the island of Lewis, he had previously spent fourteen years revitalising the nearby Garynahine Estate, and now hopes to restore the Morsgail Estate to a similar high standard.”

Ten years on and McPhail was justifiably proud to show me what he has achieved, and the work that was on-going at Morsgail. On a warm, summer morning we met up with the head biologist and his assistant from the Outer Hebrides Fisheries Trust by Morsgail River. Back in Victorian times, a small viaduct supporting a track had bridged one of the streams flowing into the main river. Over the years the disused bridge had collapsed, preventing salmon and sea trout from reaching their higher spawning grounds. With the approval of the Scottish Environment Protection Agency the obstruction had been removed the previous year, and a survey was now needed to ascertain if fish were again negotiating the tributary. This work can only be carried out under licence and necessitates sending an electric current through the water, collecting the stunned fish in containers and recording the size, type, weight and numbers of all fish before returning them to the stream. It was a long, slow job that necessitated surveying small sections of the stream bit by bit. Several hours later, McPhail was delighted to learn that the project had been successful and fish were returning in good numbers. On an estate with some of the best game fishing on the Outer Hebrides, maintaining clear rivers and quality breeding grounds is essential in order to ensure successful runs of migratory fish. 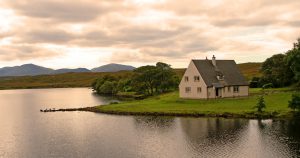 The following day we went into the hills so that I could appreciate the scale and remoteness of this 14,000-acre estate. Although Morsgail has no physical boundaries, there are 800-1600 head of deer on the land. We tracked several small herds with McPhail observing the quality of the stock, the maturity of the males and the numbers of young. He is adamant that there is no place for indiscriminate trophy killing as it takes years of quality management and carefully controlled culling to maintain genetically strong herds. This, in turn, enables the estate to market top quality wild venison.

Living in such a remote location brings its own problems.

The January storms of 2013 brought winds in excess of 70mph, and the roof of McPhail’s house suffered extensive damage. But it is indicative of his spirit that the thing that upset him most was that an iconic ancient Caledonian pine tree on a small island in Loch Morsgail had blown over. In this wild landscape the fallen tree served to demonstrate the fragility of life. McPhail went out in a boat to assess the damage. Broken and lying horizontal the tree still had a root clinging to the rocky ground. For the last four years McPhail has gone regularly to the island to ensure that the tree is given every opportunity to regenerate itself. It now has four new stub shoots sprouting from the fallen trunk. He knows it will take longer than his lifetime to see a mature tree once again on the island, but being a good gamekeeper and a conservationist is not about short-term gains.

In addition to managing the estate’s wildlife McPhail is also responsible for the welfare of its guests, whether they be holidaymakers or shooters and anglers. With winters spent repairing boats, equipment, fences, walls and property I asked him if he ever missed his hometown of Annan and if he ever gets time to go away for a holiday. He cast a glance over the loch, “Look at this amazing landscape. This is a lifestyle choice, why would I ever need to go anywhere else?” – Story by Tom Langlands