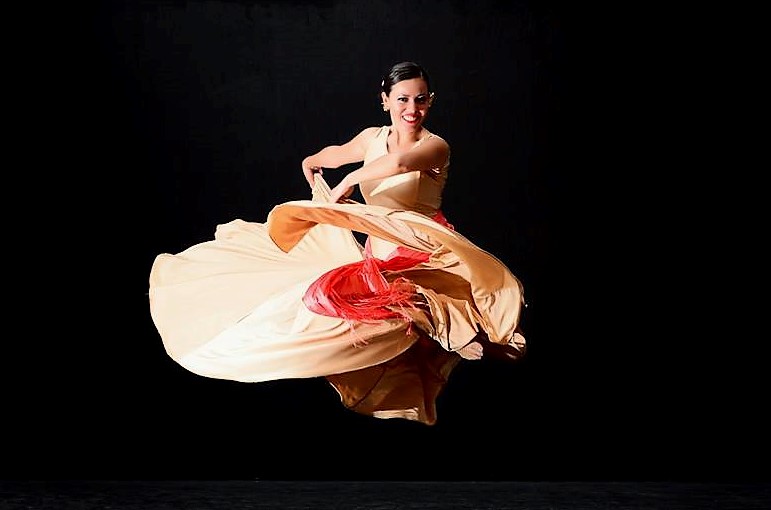 When Yovanna Torres first fell for Irish dance, there was only one dance academy in her native Mexico teaching that particular style.

“I have loved Celtic music since I can recall,” she shares via email. “I remember going to see Riverdance when I was in high school and shedding tears of joy when I saw the first number: ‘Reel Around the Sun.’”

At the time, however, Torres couldn’t afford to attend the lone Irish dance academy, so she waited a couple of years and began learning as an adult. She currently has eight years of experience under her belt – mostly self-taught.

“Now I have even more reasons for which I dance,” she explains. “The essential reasons remain the same, but the more I get immersed in Irish dance – its roots, history and culture – the more I like it.

“I started as a competitive dancer, but I studied traditional and old styles when I attended the Blas Summer School at the Irish World Academy at the University of Limerick.”

“‘Blas’ in Gaelic means ‘taste,’ which perfectly describes the variety of techniques taught there, such as sean-nós and Cape Breton dance – which I fell in love with – as well as competitive dancing and other forms.”

Throughout her training, Torres often longed for a mentor. As a self-taught dancer, she wished she had someone “who could tell me if I was doing things wrong, correct me or even motivate me at the competitions.” The Irish World Academy gave her the chance to learn directly and draw inspiration from teachers.

Since then, she has become a mentor for others. 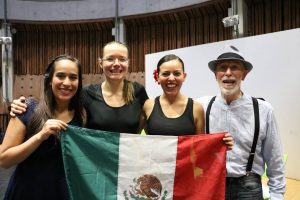 “I moved from Mexico City to Guadalajara when I was 24 years old. I wanted to keep dancing, so the director of the Irish dance academy in Mexico City helped me open a school in Guadalajara under her instruction.”

Torres has also worked with a children’s home called Little Ranch With Hope, offering free Irish dance classes to youths and inviting them to the academy.

Today, she teaches people of all ages, from a variety of backgrounds. With major productions like Riverdance and Lord of the Dance touring Mexico regularly, residents have become increasingly interested in the traditional Irish art form.

“My students can expect more than dance lessons – they learn cultural aspects regarding Irish dance; why they dance that way, why they wear wigs, how dance has evolved through the years, the social implications, etc…as well as the differences between cèilidhs, step dance, set dancing, and sean-nós.

“I wanted to focus not only on competition, but also on the artistic part of dance, the importance of being on a stage, and of self-expression through dance. And of course, to have fun and feel fulfilled.”

Over the course of her career, Torres has earned scholarships and performed alongside many other talented dancers and musicians. In 2012, she was part of the ensemble for “Take The Floor,” a performance associated with Riverdance. Take The Floor saw roughly 50 dancers from around the world participate in 10 days of rehearsals, followed by a one-night show in Dublin.

Last March, her dance academy – Luna Celta – was invited by the Irish Embassy to perform at the Municipal Palace of Jalisco for Global Greening 2017, a worldwide initiative by Tourism Ireland. Famous attractions and sites around the globe literally “go green” for St. Patrick’s Day. Torres notes that it was a “diplomatic event with the Governor of Jalisco and the Irish Ambassador, Sonja Hyland.”

And Torres still has plenty of experiences ahead of her. In September, she began studying a Master of Arts in Irish Traditional Dance Performance back at the Irish World Academy at the University of Limerick.

“My goal is to keep spreading Irish dance both around the world and with the people around me. When I finish the MA I would like to get the TCRG certification in order to keep teaching with better technique and a stronger understanding of Irish dance.

“I have seen real miracles through dance and I believe it is a great tool of social change and awareness for people of all ages.”