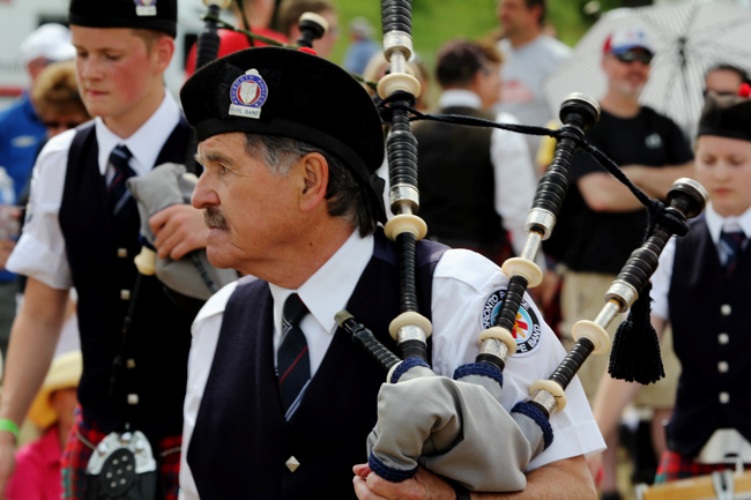 Pipe major of the famed 78th Fraser Highlanders for 29 years, Bill Livingstone now performs with the Toronto Police Band where his experience and knowledge of pipe music have been instrumental in growing the group.

A living legend amongst the piping community, Livingstone still has his father’s 1935 Lawrie bagpipes and a 1925 set of Henderson pipes, both of which have netted him a wealth of prizes over the years.

“My teachers, after my dad, included four of the greatest players of a previous generation,” he points out over the phone from his home in Whitby, Ontario. “And so I was steeped in traditional piping.”

His father, who immigrated to Canada from Ayreshire, Scotland, gave Livingstone his first chance to play when he was just four years old.

“The family story is that my father was at the kitchen table teaching my brother, who was seven years older, and I wouldn’t give them any peace. I was rolling around on the floor under the table, punching them in the nether regions until they could not take it anymore.”

The child’s chanter had been in the family for decades.

“It belonged to my father’s sister, who had been a piper until she died in childbirth. Seeing my father and brother having a great time playing together motivated me to be a part of it, and I seemed to take to it very easily.” 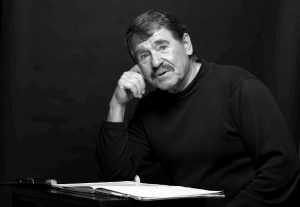 Raised in Copper Cliff, Ontario, Livingstone joined the festival pipe band circuit with his father. At a competition in Sault Ste. Marie, he was singled-out by piping judge John Wilson.

“All the pipers were gathered in the sergeants’ mess and I was with my father when I was asked to play something. Being young and fearless I played as fast as I could.”

He recalls Wilson smiling and telling his father, “I could make something of him if you want.”

Livingstone was soon in Toronto, living with an elderly couple so he could take lessons with Wilson, who had been an outstanding boy piper in Edinburgh until an unfortunate accident cost him a thumb and two fingers.

“He was a very successful, prize-winning piper in the thirties and forties. He immigrated to Canada and was the greatest technician of the pipes I have ever seen. “

The lessons ended abruptly when Livingstone’s parents paid a visit and found his living arrangements unsuitable, a funny account of which is contained in Preposterous: Tales to Follow, a memoir which Livingstone will release this summer along with a series of CDs, a continuation of his ‘A Piobaireach Diary.’

In his later teens, Livingstone set aside the pipes in favour of learning piano and playing in his own rock and blues band in Sudbury bars and clubs.

“There was so much other music happening in the Sixties, and I suppose bagpipes were not cool – and they are still not terribly cool – though there are more people playing them today than ever before.”

By the time he returned to the pipes 10 years later, he had a law degree and a “better-half” by his side.

“My wife and I were at the Canadian National Exhibition in Toronto and we heard the 48th Highlanders playing. I was immediately drawn like a moth to a flame.” 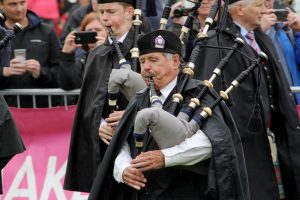 He resumed lessons with Wilson, quickly excelling at solo competitions.

In time, Livingstone would rack up a roomful of awards, including winning all the light music at Oban and Inverness, the Clasp to the Gold at Inverness, and the North American Pipe Band championships on 13 occasions.

“I would also count the world pipe band championships with the 78th Frasers, the first non-Scottish pipe band ever to do so. The Frasers were an avocation for me and I devoted a large part of my life to the band.”

It was with the Frasers that his standards for pipe music were set.

“In choosing a tune we made sure it had a Gaelic or Celtic reference point and that it suited the scales and intervals that exist on the pipes. We favoured old tunes that had been played on the fiddle – the greatest music alive.”

Those are the standards he now brings to the Toronto Police Band, a group he describes as “being in the process of becoming a very, very good band.”

“The rewards of piping are the same as playing any and all music: the pure joy of perfecting the technique and art of a very challenging instrument.”